I have always wondered about the possibility of inserting educational content into an Escape Room. Today at SXSWedu, I went to an event hosted by Business Innovation Factory (which is a super cool group of people… they recently worked with high school students to help design their own high school). First we did a room escape (or puzzle room) in Austin called The Escape Game. Our group did the hardest room (Prison Break) and got out with 15 minutes left to go! We then debriefed and talked about the educational aspects of our experiment.

We then worked in groups to do some prototyping of our own Escape Rooms. My classmate and I really wanted to integrate educational content into the room escape, we brainstormed all sorts of crazy ideas, including:

Below are some of the things I built:

Algebra and the Formula of a A Line

This puzzle tests the solver’s knowledge of line equations. They must examine a cartesian plot of lines, and plug into equations numbers which are then used to open a lock.

Here’s the cartesian plot I made, with the help of one my classmates. Each sticky note represents 1x1 unit. The lines are made with pipe colors (red, green, blue, yellow). 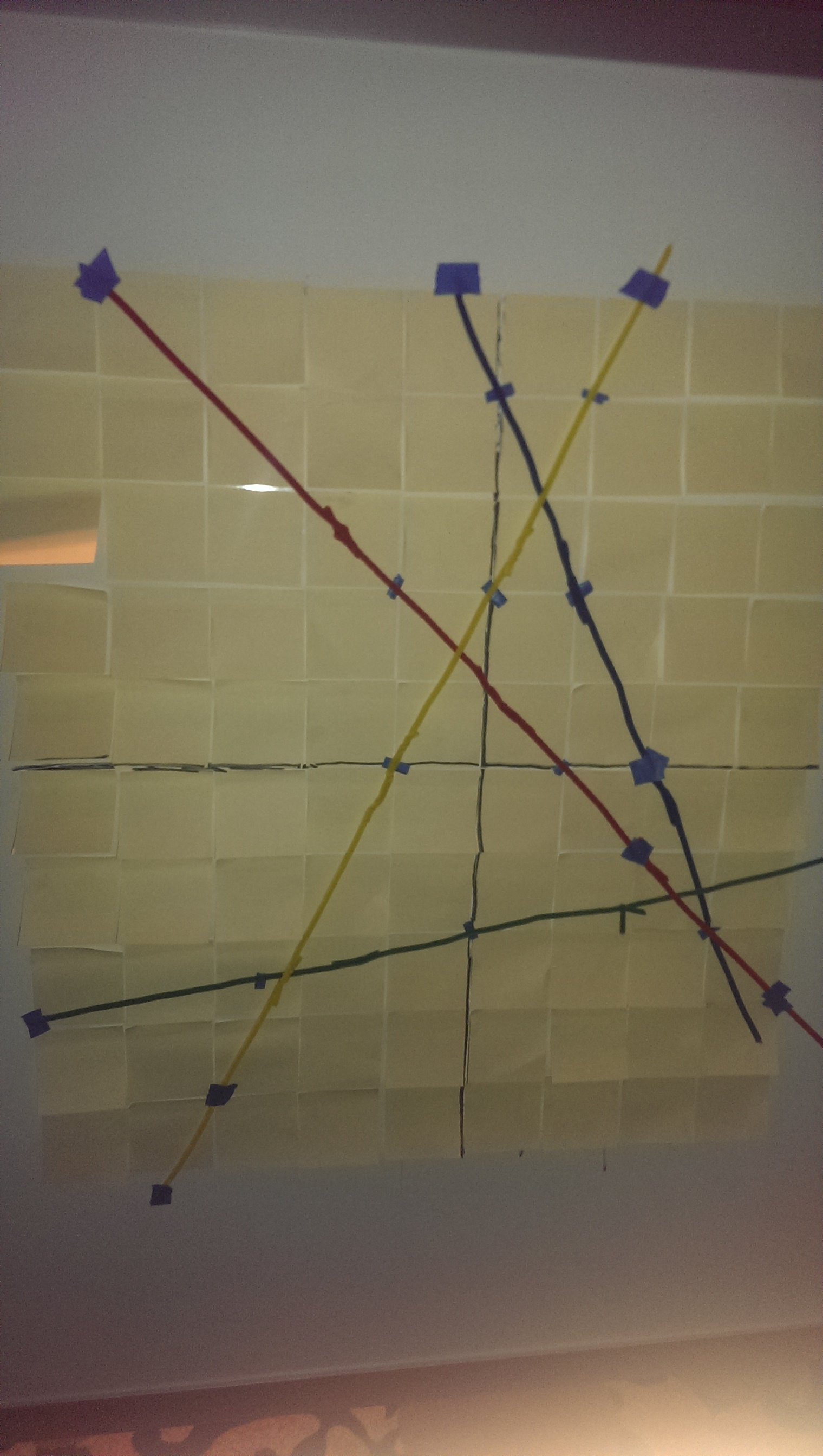 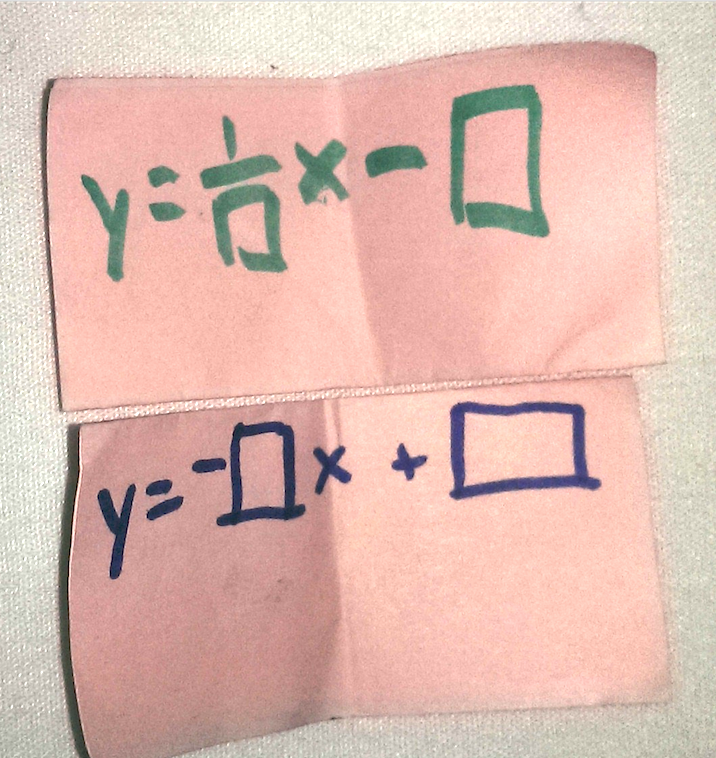 To unlock this lock, they had to determine the slopes and y-intercepts of the lines, which then corresponded to the numbers on this lock. Opening the lock leads them to the next clue! 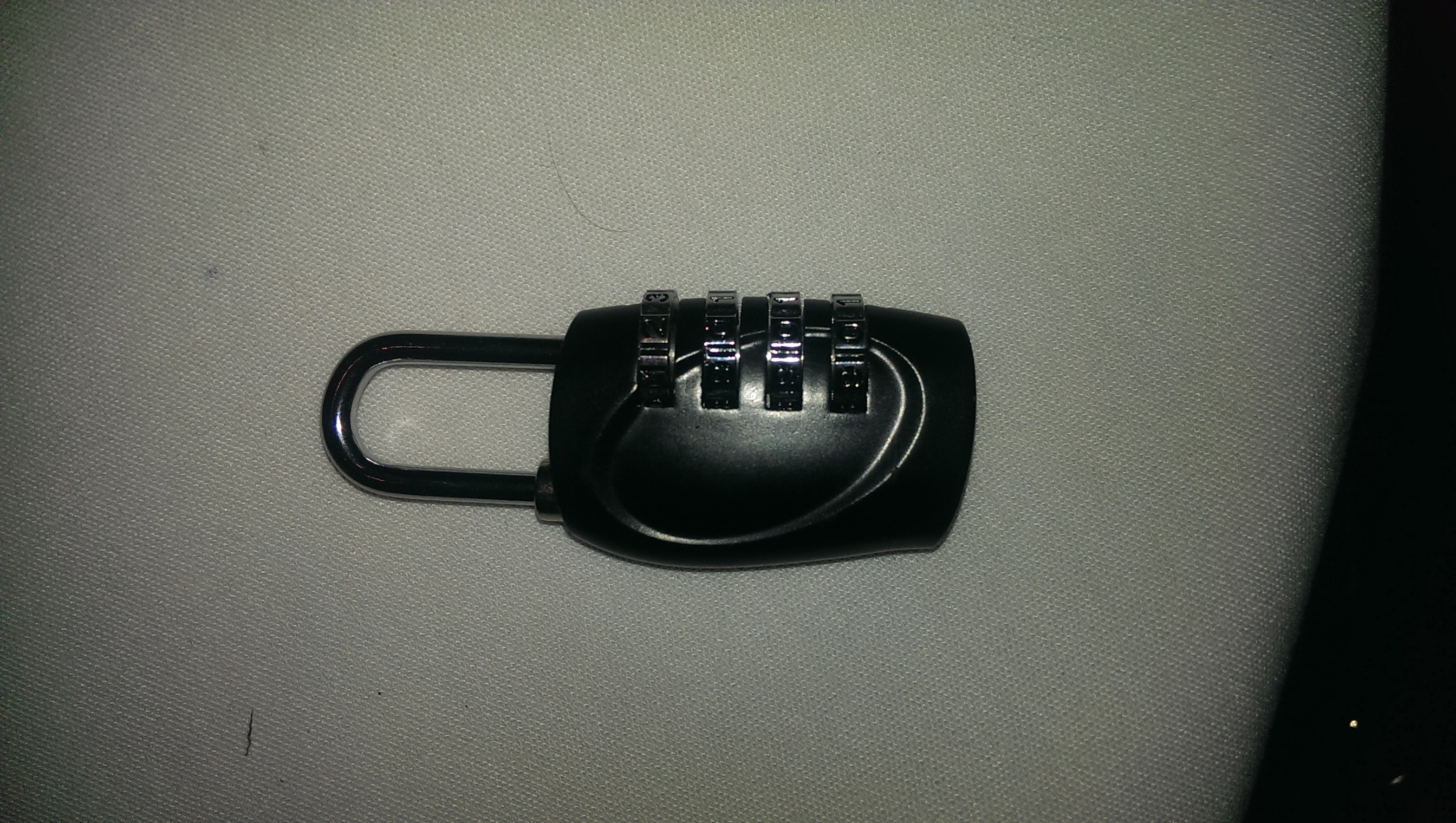 Here are some educators working to solve it! 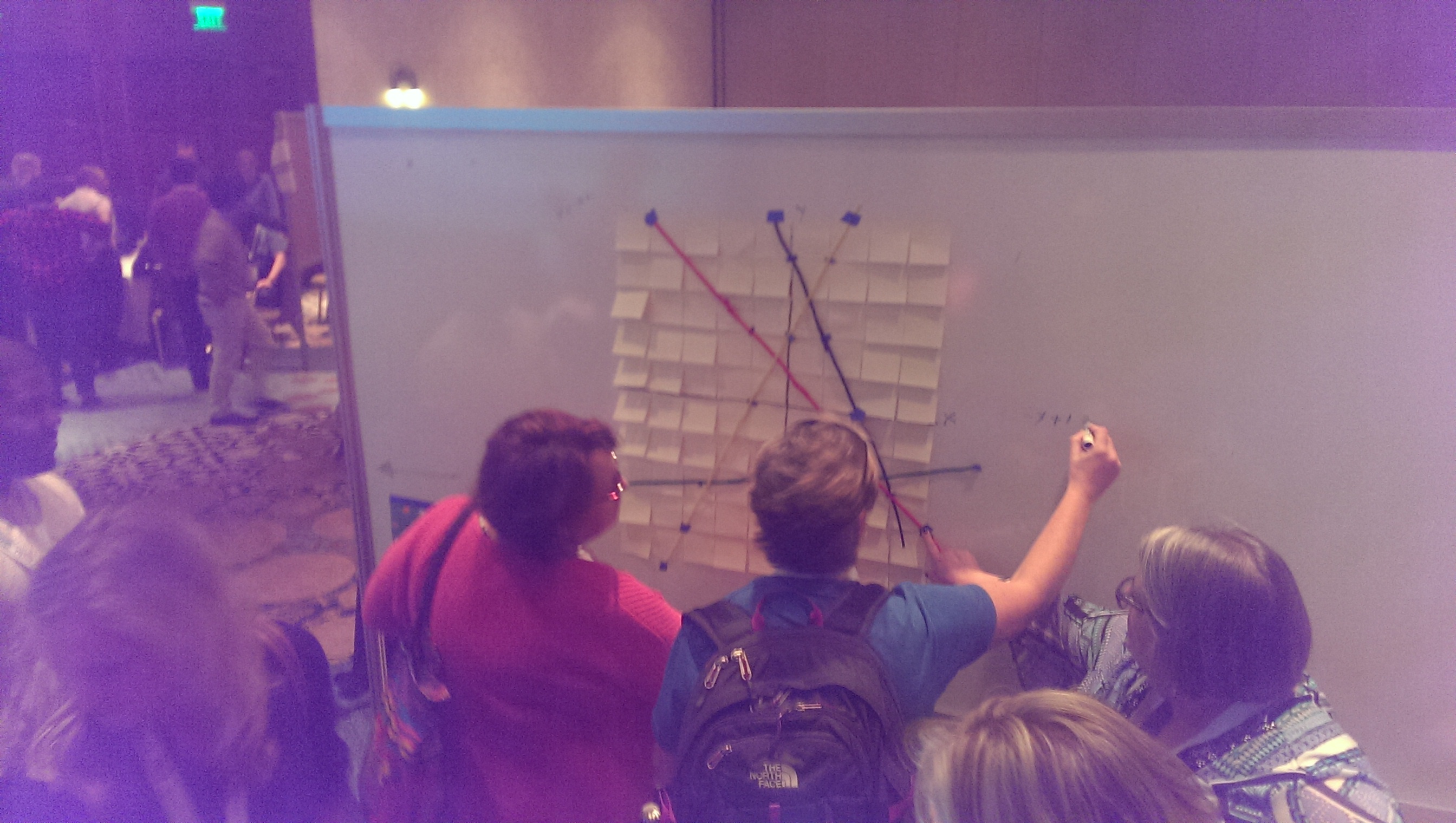 There were a few places where users struggled:

Here’s a prototype I made after the line graph. This one involves matching sequences of DNA. Theoretically, each 3-phosphate sequence (enough to make one protein! or… whatever that term is… I forget), would be associated with a letter. The users would have to sort through the 3-phosphate sequences in a big pile and match them to the loose DNA strand. Then the ordering of the letters would unlock a letter-combination lock. 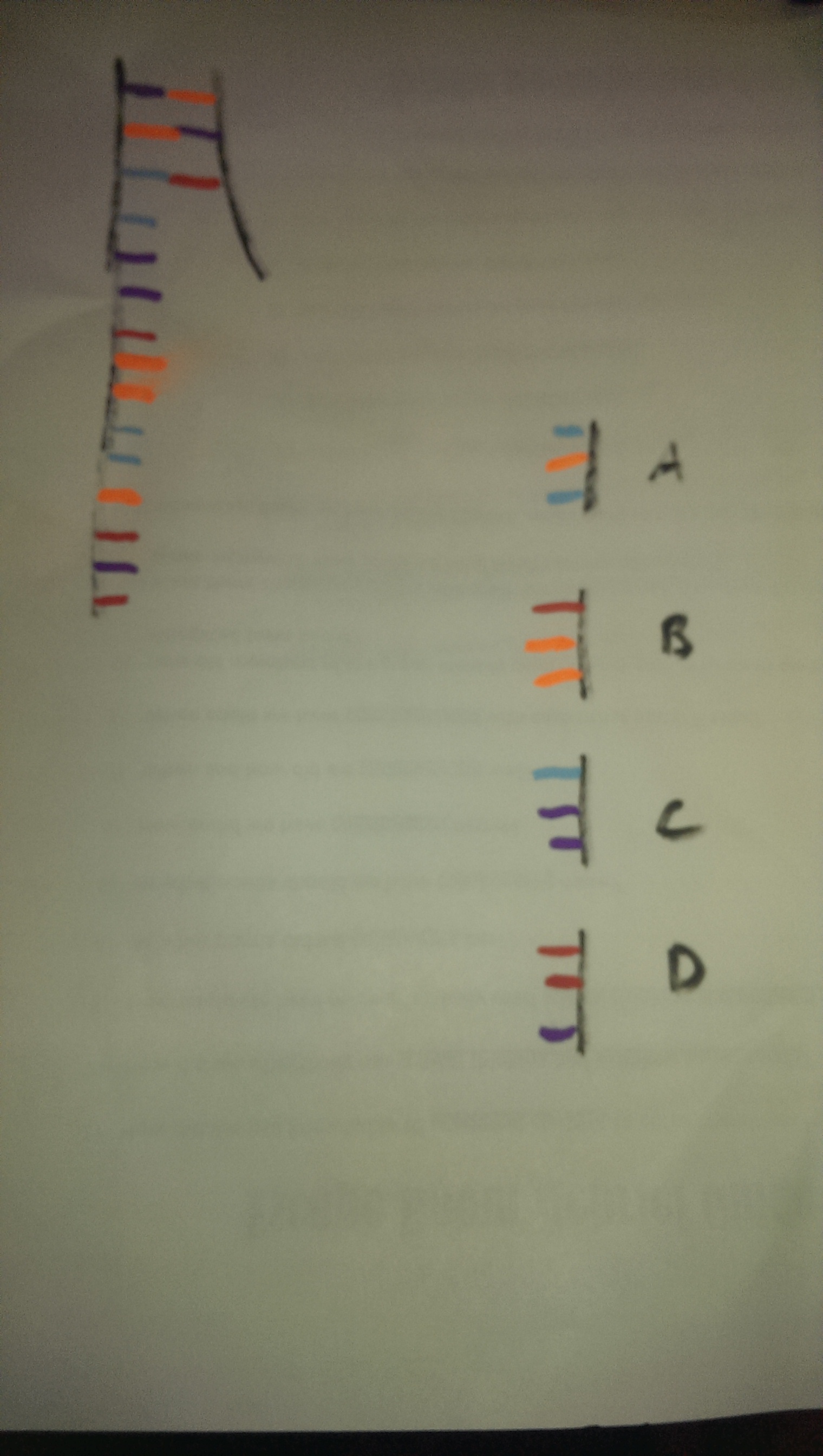 The DNA strand is made of pipe cleaners. 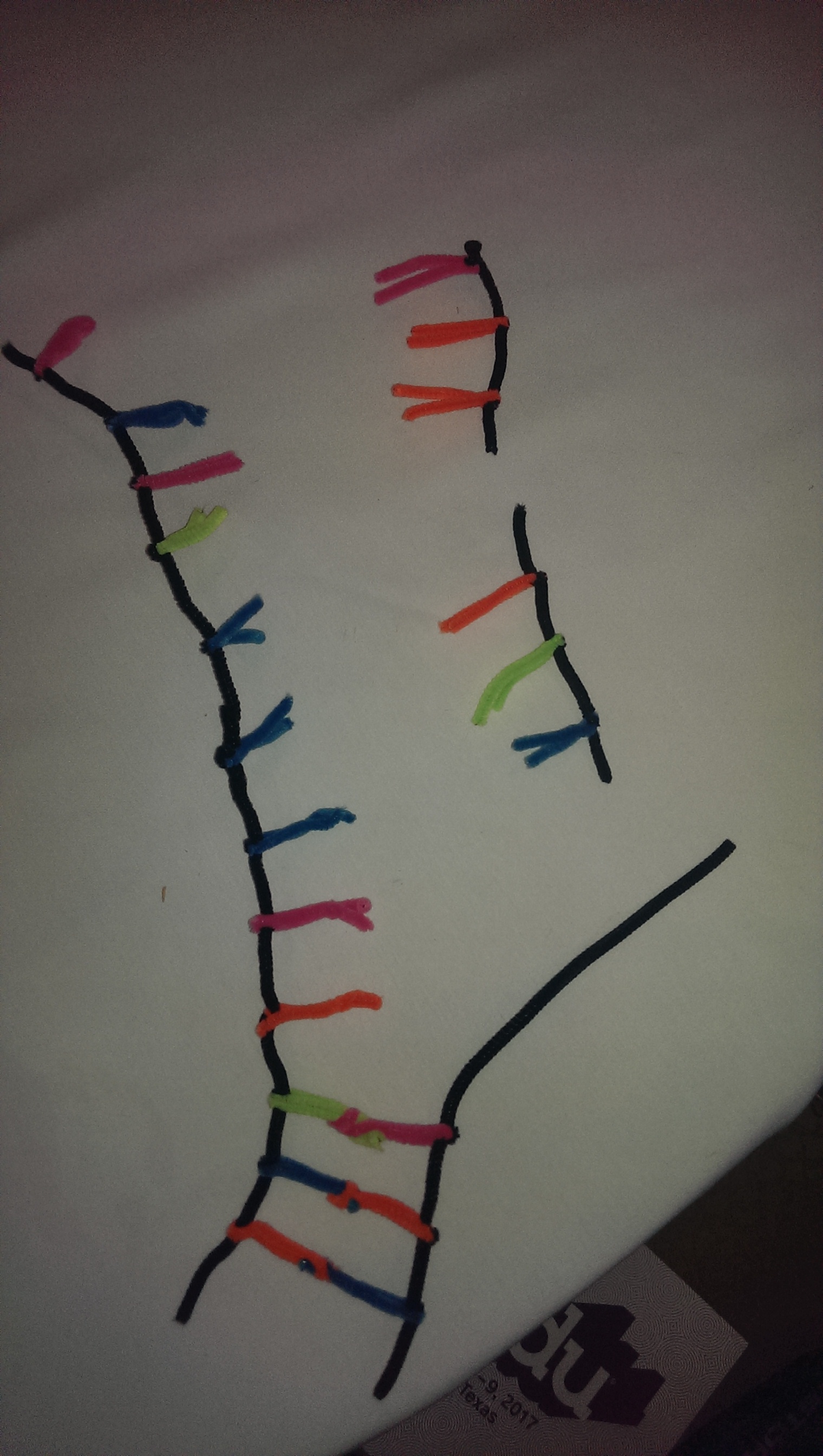 Here’s what a solved sequence might look like (not shown: the corresponding letters and the lock-opening step). 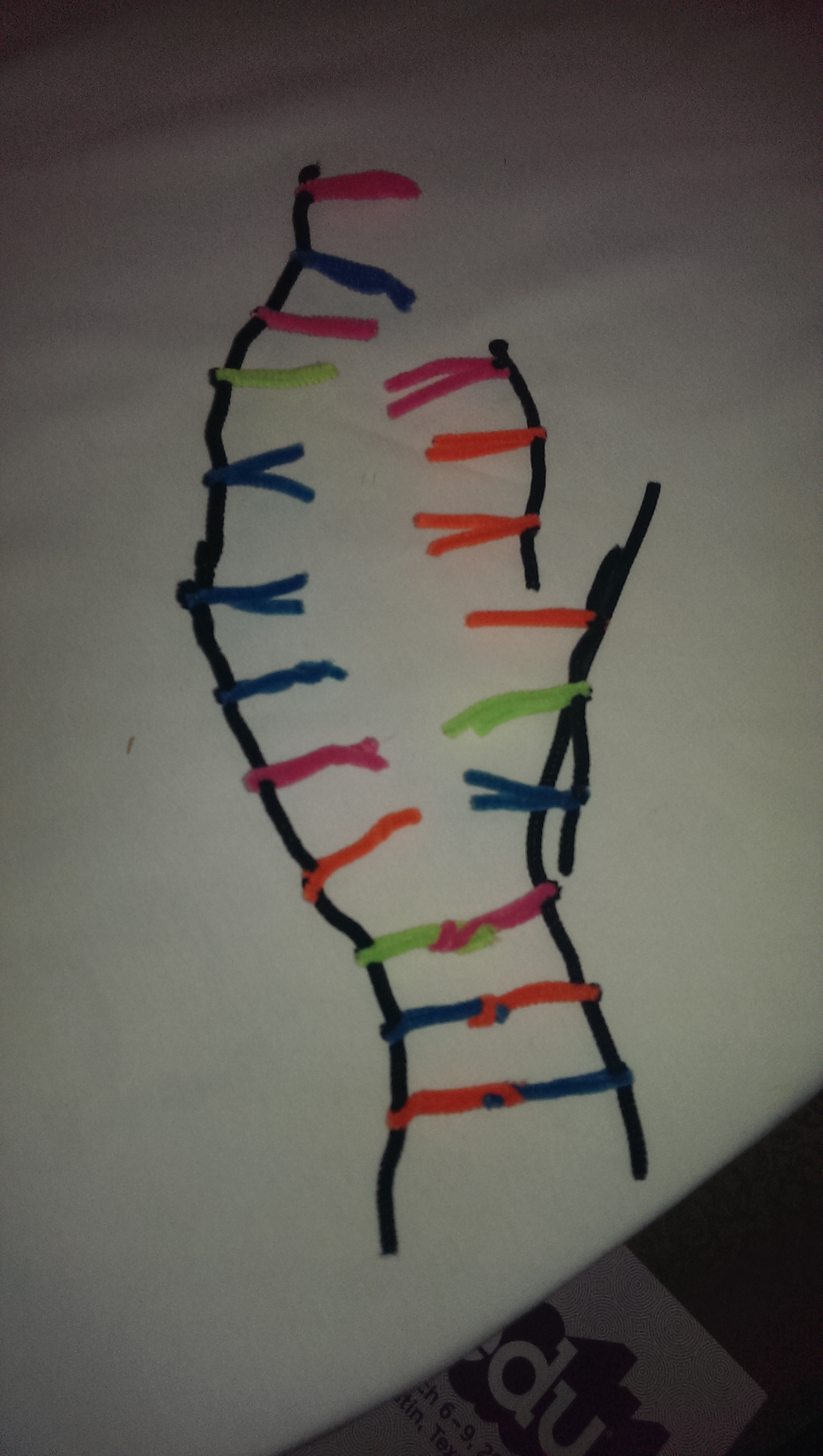 Overall, I think that Escape Rooms can be a fun way to incorporate lessons about communication and collaboration. However, I am hesitant about advising teachers to insert escape rooms into their classrooms in order to teach content. However, I think there is definitely a place for these, perhaps as a fun activity to do at the end of a unit that gives the students a chance to test their knowledge. Next, I might like to mimic the behavior of an Escape Room within a Cognitve Tutor, because I think immediate and directed feedback can be extremely beneficial to help puzzle-solvers through tasks that are longer, more complex, and more arduous… so that they know whether or not they are going down the right path. Overall a great experience and I’m looking forward to what happens next!